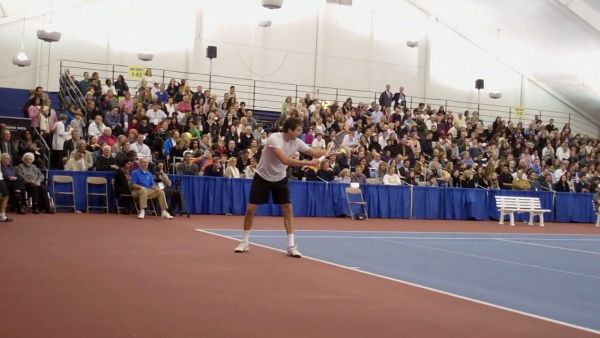 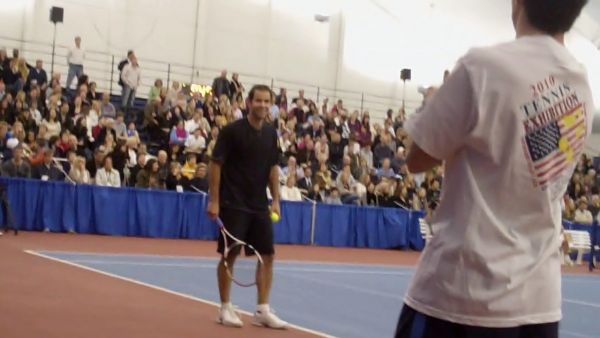 More than 1,000 people came to CenterCourt Athletic Club on Thursday to watch tennis stars Pete Sampras, Mike and Bob Bryan, Lindsay Davenport, Mary Joe Fernandez and Justin Gimelstob for the 2010 Tennis Exhibition, presented by The Justin Gimelstob Children's Fund (JGCF). Originally from Livingston, Gimelstob got his start at CenterCourt in when he was just 10 years old. After a successful tennis career in which he won consecutive Grand Slam mixed doubles titles at the 1998 Australian Open and French Open while partnering with Venus Williams, he retired to start the Children's Fund in 1998. The Children's Fund provides financial support to a variety of children's charities and related causes in Northern New Jersey and the metropolitan area. "I think this will be the best day of tennis in ," said Gimelstob, who added that he was born at St. Barnabas, one of The Valerie Fund's locations. The primary beneficiary of the proceeds from the 2010 Tennis Exhibition is The Valerie Fund, which provides support to the comprehensive health care of children with cancer and blood disorders. JGCF has raised more than $1 million since its inception.